The Sleepwalkers by J. Gabriel Gates: Reviewed by Mary Reiss @ Sweeping Me 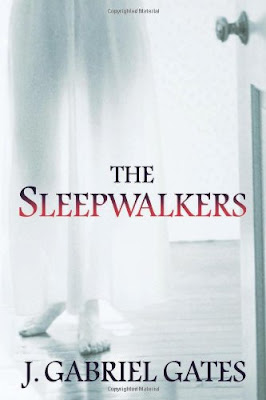 A chilling and masterfully crafted teen horror novel guaranteed to keep the pages turning, the mind reeling, and the lamp on any reader's bedside table on long after midnight. Privileged and popular Caleb Mason is celebrating his high school graduation when he receives a mysterious, disturbing letter from his long-lost childhood playmate, Christine. Caleb and his jokester friend Bean decide to travel to his tiny hometown of Hudsonville, Florida, to find her. Upon arrival, they discover the town has taken a horrifying turn for the worse. Caleb's childhood home is abandoned and his father has disappeared. Children are going missing. The old insane asylum has reopened, and Christine is locked inside. Her mother, a witch, is consumed with madness, and Christine's long-dead twin sister whispers clues to Caleb through the static of an a.m. radio. The terrifying prophesies of the spirits are coming to pass. Sixteen clocks are ticking; sixty-six murdered souls will bring about the end of the world. As Caleb peels back layer after layer of mystery, he uncovers a truth more horrible than anything he had imagined, a truth that could only be uttered by the lips of the dead.

by Mary Reiss from Sweeping Me
My Opinion:
OK, I usually don’t get too excited over books. I like some,I love some,I even hate some,but I usually don’t get excited about them,so I was surprised that this YA book has done just that! I am usually a romance/thriller book junkie those have been my favorite forever.. until now! I am officially a YA fan.


In “The Sleepwalkers”,J. Gabriel Gates spins a thrilling tale that is made for YA’s. Why didn’t I know about this author sooner? I guess it’s because I just assumed that YA books were dull and filled with immature,little kid things. I know,that makes me sound old and sad. J. Gabriel Gates is a terrific writer and is better then I could have hoped for. I didn’t need blood,guts,gore or anything of the sort for this book to grab my attention. What I needed,and this book provided so well,was its ability to make me feel like I was part of the story. The characters were believable and acted as I would have in the same given situations. “The Sleepwalkers”was riveting and had me hooked from page one. J. Gabriel Gates is now an author I will be looking for more from.


“The Sleepwalkers”takes its readers through the thrilling tale of Caleb and his best friend Bean. They have just graduated High School and are deciding their future when Caleb receives a letter from an old friend letting him know that she hasn’t forgotten what happened in their youth and needs his help. Caleb puts his plans on hold and takes Bean to Florida where he grew up and a dreadful thing happened. They try to uncover what is going on and why Caleb’s father has disappeared. Along the way,they find out many disturbing things and learn what has happened during all the years Caleb has been gone. This book is well written and a real page turner,even if you happen to be,like me,much older than the normal YA book demographic. You will love this thrilling tale.


I give “The Sleepwalkers”by J. Gabriel Gates 5 of 5 stars.

Author Bio:
Author J. Gabriel Gates is a native of Marshall,Michigan. The son of an English teacher,his passion for the written word began at a young age. During college,another passion – for performing – led him to get his B.A. degree in theater from Florida State University.


During his years in Los Angeles,he appeared in a dozen national TV commercials and penned several screenplays while laying the groundwork for his career as a novelist.


His first novel,Dark Territory:The Tracks,book 1,is now in stores and his second novel,The Sleepwalkers,is coming out October 3rd. Both are being published by HCI Books.


He currently lives in Southwest Michigan. 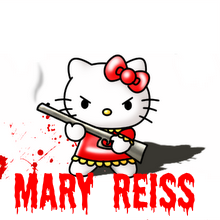 Wanna see what else Mary is up to? Catch her on her blog @ Sweeping Me!﻿
Posted by Darkfallen at 2:00 AM