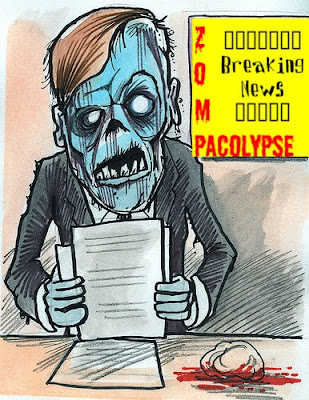 Breaking news just in!
That's right my zombie friends. We interupt your scheduled programming for a special Paranormals event!
So drop the brains on your plate, open your ears, and give a warm welcome to J.L.Bryan, author of the Paranormals Series! Or more importantly, and also why I told you to open your ears, we are dicussing the playlist for the second book in the series, Tommy Nightmare.

Stay tuned to this broadcast for your chance to enter a giveaway that will blow your mind!
But first how about we introduce you to the book shall we? 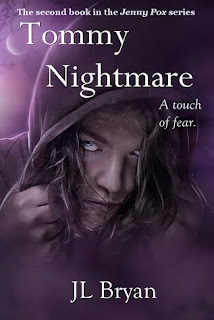 Tommy Nightmare
By J.L.Bryan
Pick up your copy today at Amazon today!

While Fallen Oak recovers from the Jenny pox, someone new is hunting Jenny.

Like Jenny, Ashleigh Goodling belonged to a pair of opposites with powers that mirror each other.

The man behind the books:
J.L. Bryan studied English literature at the University of Georgia and at Oxford, with a focus on the
English Renaissance and the Romantic period. He also studied screenwriting at UCLA. He enjoys
remixing elements of paranormal, supernatural, fantasy, horror and science fiction into new kinds of
stories. He is the author of The Paranormals trilogy (Jenny Pox, Tommy Nightmare, and Alexander
Death). Fairy Metal Thunder is the first book in his new Songs of Magic series. He lives in Atlanta
with his wife Christina, his son John, two dogs, and two cats.

Now for the music!
To view the entire soundtrack on YouTube click HERE!
As promised last Wednesday, here is the soundtrack to Tommy Nightmare, the second book in The
Paranormals series. I’ll pick some of the songs out of the playlist and explain a little about why I chose
them. Again, feel free to comment below about these songs or other songs that might be included in
the Tommy soundtrack.
“Love Will Tear Us Apart” by Joy Division, performed by The Cure.~ Yeah, this is a little bit of
foreshadowing for how the book will go. Seth and Jenny are listening to the Cure as they drive around
town in the aftermath of the first book.
“Thunder Road” by Bruce Springsteen.~ To me, this is where Esmeralda decides to run off with
Tommy, despite the fact that it clearly might be a bad decision...
“The Highwayman” performed by Willie Nelson, Johnny Cash, Waylon Jennings and Kris
Kristofferson .~ If there’s one song that represents the whole trilogy to me, it’s this one. There just
aren’t many old country songs about reincarnation. In fact, I’m sure this is the only one. It had to
either at the end or right in the middle of the three books. :)
“Learning to Fly” by Pink Floyd.~ This is what Wooly is listening to at home when he gets a special
visit from Tommy. I think it also applies to the characters learning to use their powers and also trying
to grow up. But maybe that’s just me.
“Violet” by Hole.~ While I had to think and rethink about possible choices for a song to represent the
climactic scene of Jenny Pox, this one took no time to decide. Jenny makes a decision to surrender, in
a way that might look passive, but it’s actually a choice showing her personal growth. It only seems
like a weak choice to those who don’t recognize that nonviolence takes greater courage and strength
than violence.
“Alexandra Leaving” by Leonard Cohen. I definitely knew this would be the song for the end of
Tommy Nightmare, and it’s probably the one I listened to most while writing that book. This song is
based on a poem by Constantine P. Cavafy, which is in turn based on a story by Plutarch, which says
that Marc Antony heard his patron god Dionysus abandoning him the night before he lost the city to
Octavian Caesar. The song is one of deep loss. I felt like Alexander had a very Dionysian character,
and the song’s portrayal of lost love in terms of ancient gods and epic wars seemed to resonate with
Jenny and Alexander’s relationship.
And that’s the soundtrack for Tommy Nightmare. We’ll do the Alexander soundtrack next Wednesday!
Now on to the giveaway of epic proportions...
Jeff is offering two EPIC give-aways for his tour!
Giveaway # 1 is a Trick-or-Treat if you will.
Each day of the tour you will have a chance to win different Paranormals related prizes from a friendly Trick-or-treater. Todays treating guest is.... 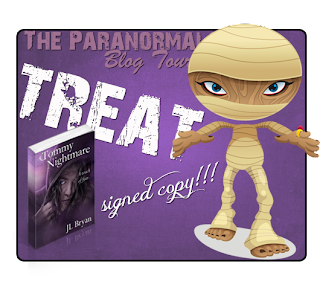 And that cute little mummy brought  a SIGNED COPY of Tommy Nightmare!  All need to do is leave a comment on this tour post and they are automatically entered in the give-away!! Please leave your email address.  US/Canada only.
Giveaway #2 is of EPIC wonderment!
The second give-away is a Kindle Fire, skinned in the winner’s choice of Paranormals artwork and loaded with an AMAZING indie library!  Simply fill out the form below (just once during the course of the tour) and you’re entered to win the latest and greatest from the biggest name in eReaders:  an Amazon Kindle Fire!  Open US/Canada.  See full contest rules here.
Here's the schedule to check out the rest of the stops on the Paranormals Tour during Tommy Nightmare week!
Tommy Nightmare week:
Monday, October 24th - Reading in the Corner
Tuesday, October 25th - Books With Bite
Wednesday,October 26th - Paranormal Wastelands
Thursday, October 27th - Reading Angel
Friday, October 28st - About Happy Books
Until next time... 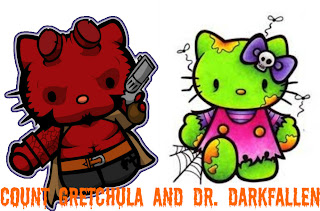 Posted by Darkfallen at 5:00 AM