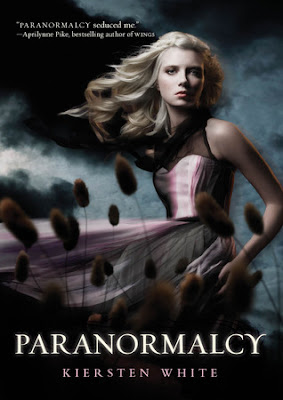 Weird as it is working for the International Paranormal Containment Agency, Evie’s always thought of herself as normal. Sure, her best friend is a mermaid, her ex-boyfriend is a faerie, she's falling for a shape-shifter, and she's the only person who can see through paranormals' glamours, but still. Normal.

Only now paranormals are dying, and Evie's dreams are filled with haunting voices and mysterious prophecies. She soon realizes that there may be a link between her abilities and the sudden rash of deaths. Not only that, but she may very well be at the center of a dark faerie prophecy promising destruction to all paranormal creatures.

So much for normal.

I wasn't sure what to expect going into Paranormalcy. Going into it, I'll be completely honest that I just had this feeling that it would be one of those books that everyone loves but me. I don't know why really, but for some reason I felt like that. But thankfully I was very wrong and enjoyed Paranormalcy very much.

The biggest thing I loved about this book was Evie. She is just this absolutely sweet, somewhat innocent, bubbly person that you just can't help but love. Her character is one of my favorite females I've read about in a long time. There were multiple times where I expected her (per typical YA heroine) to lie and keep secrets, but then she wouldn't. She would be completely honest with the people that mattered and that made me respect her immensely.

I also loved Lend as well. He is just perfect for Evie and together they were just a fantastic couple. He was very genuine and loving towards Evie and I really enjoyed watching their relationship grow gradually from just friends into a couple. Their relationship was very well-written and wasn't abrupt and unbelievable like some romances.

The world itself also was also very well-built and quite layered with many different types of creatures roaming around. It had great visuals and was descriptive enough where I could see everything very easily come to life.

The one thing I will say is that it ended just a little too easy for me. I'll fully admit that when I finished the last 60 pages or so I was sitting in a very crowded Secretary of State next to lots of sweaty people, about to pay a ton of money for renewing cars and my driver's license and such. On top of that, after Secretary of State I had an appointment for the dentist as well. So, the setting I was reading in was not very relaxing and could have everything to do with why I feel that way about the ending.

Overall though this was a fantastic book in a wonderfully refreshing new world with characters I found myself easily loving. I'm actually kind of glad I was late on the bandwagon to read this, so I don't have to wait to read Supernaturally! 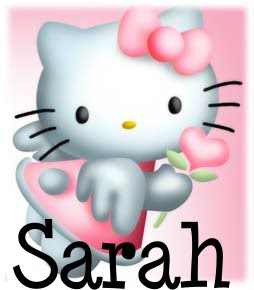 Wanna join the Zompacolypse hop? Want all the Wastelanders to trick or treat at your blog this Halloween? Then why don't you join the most awesome party around?! Details are Here but beware of the zombies!! Remember.... we warned ya -- muhahahahas!
Posted by Greta is Erikasbuddy at 4:00 AM