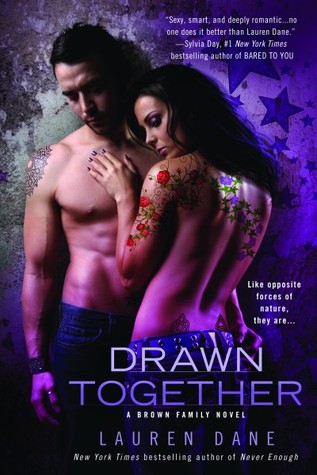 Drawn Together (Brown Siblings #6)
By Lauren Dane
Published October 1st by Penguin Group USA Pick up your copy at Amazon, B&N, or your local indie today!
Synopsis borrowed from Goodreads:

Beauty is more than skin-deep…

Tattoo artist Raven Smith is blunt and hard, broken and jaded, dark and beautiful. While she doesn’t hide her painful past, she does keep a wall around her heart. She’s free sexually—but no one gets to the real Raven beneath the prickly exterior.

With a voice like smoke, Jonah Warner is a smooth-talking, highly successful attorney, with a body that should never be hidden by a suit. He’s the kind of man who never takes no for an answer and always gets what he wants. And what he wants is Raven. She’s a survivor, and he finds that incredibly alluring.

Jonah gets under her skin in a way Raven has never experienced. He makes her break all her rules—including her no-monogamy rule.

But when a figure from Raven’s past shows up at the tattoo parlor and drops a bomb into her life, their relationship will face the ultimate challenge…


Darkfallen's thoughts:
As usual Lauren Dane does NOT disappoint!!

Raven has always been independent to a fault. She likes things her way and that's that. And of course we can't forget that monogamy scares the crap out of her. That is until she meets Jonah. He's everything she wants in a man, and a few things she didn't even know she wanted. Like total ALPHA male! Could this be it for Raven? Could she finally fall in love?

OMG THIS WAS SO HOT!!! I've been dying to get into Raven's head for a while now. I wanted to know what made Raven the way she was and Lauren Dane didn't disappoint! I loved every minute of it. It's Hot, sexy, funny, and will even make you cry a few times. I totally see Raven with a new light now and I'm loving it. I just want to hug her. I'm so glad that she found Jonah.

Overall this was another great addition to the Brown Siblings series and I am sad to see it end. 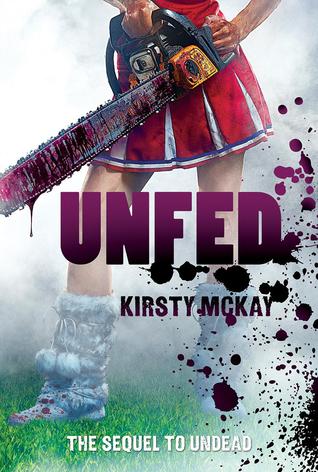 Unfed (Undead #2)
By Kristy McKay
Published August 27th 2013 by Scholastic
Pick up your copy at Amazon, B&N, or your local indie today!
Synopsis borrowed from Gooderads:

Fresh meat! From a hospital of horrors to a runaway zombie train, it's an all-new onslaught of the slavering undead in the sequel to Kirsty McKay's killer debut!

Just when you think you're out...it's the morning after the night of the return of the living dead. Or something like that. After running/bus-driving/snowboarding for her life alongside rebel Smitty, geeky Pete, and popular Alice, Bobby thought she'd found the antidote to the Carrot Man Veggie Juice that had turned the rest of their classmates into zombies. When Smitty (mmm...nom, nom) got chomped, Bobby pumped a syringe full of it into him herself.

But now Bobby's a prisoner in some hospital of horrors, with no clue how she got there. And Smitty is missing. What if he isn't cured after all? Bobby knows she's got to find him, even if it means facing Scotland's hungry hordes -- plus Alice's buckets of snark -- again. And this time, zombies aren't the only evil stressing her out. The brain-dead are bad enough, but how can Bobby stop the big pharma business behind the epidemic? Especially when her own mom works for the company?

Zombie birds, zombie cows, zombinos...and they are all smarter and faster now too?! WTH?!! How is Bobby and the gang gonna get out of this one?

Bobby wakes up in a hospital only to find out that she has been out cold for about 6 weeks. Not only that but her doctor tells her that only four people survived the crash and her mother wasn't one of them. Neither was Smitty. But she refuses to believe that. It isn't long before the zombies take over the hospital and Bobby makes a brake for it. Meeting up with Alice, Pete, and a new guy named Russ she is dead set on finding her mom and Smitty before it's too late. Can she pull it off without becoming zombie food?

This was even better than the first one. It had me laughing so hard I almost cried a few times. Bobby's character is simply hilarious. I loved all the twists and turns and the action packed pace this book has. Once you start you won't be able to put it down! The only thing I wish is that Smitty would have came into the picture a little sooner. I missed him throughout the book.

Over all this is a zombie read that you don't want to miss! Chop, chop, chop 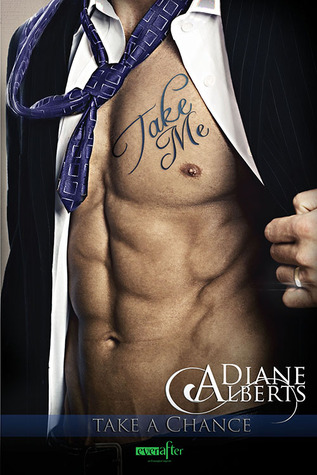 Take Me (Take A Chance #4)
By Diane Alberts
Published August 26th 2013 by Entangled Publishing: Ever After
Pick up your own copy at B&N or Amazon today!
Synopsis borrowed from Goodreads:
Married in the morning…

Professional heartbreaker Mike Worth thrived on the chase—and dancer Morgan Collins represented the ultimate prize. But there was no way he was going to throw away his single-man status…not even for an elusive redhead with sparkling eyes and mile-long legs. So how did he let one drunken Vegas night end with I do instead of hell no?

Morgan’s life revolved around her career and she had no intention of letting a man interfere—even if Mike made her question all her rules about love. At his urging, she reluctantly agreed to give their spur-of–moment marriage a chance. But once their trial-honeymoon ended, would she choose to follow the dance and leave her unforgettable husband behind?


Darkfallen's thoughts:
This was another great addition to this series!

Mike is NEVER getting married. Never! But picking up a girl for a one night stand after his best friends bachelor party....now that he can handle. But what happens when Morgan and Mike end up drunk on the Vegas strip? Not everything that happens in Vegas stays in Vegas and to his surprise that just might be what he needs.

Now I don't want to give away anything so I can't go into much, but this was a smoking hot, heart warming read that I LOVED! Although book 3 in this series is still my favorite this one is a close second. I love how stubborn Mike and Morgan are together. How neither one of them wanted to be the first to give in. It made the banter between them comical at times.

Overall Diane Alberts hits another homerun with this addition to the Take A Chance series.