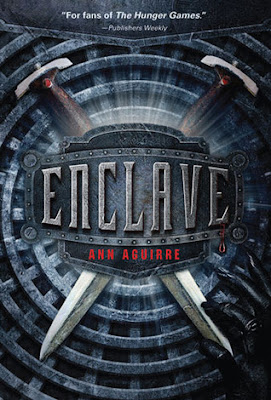 WELCOME TO THE APOCALYPSE

In Deuce’s world, people earn the right to a name only if they survive their first fifteen years. By that point, each unnamed ‘brat’ has trained into one of three groups–Breeders, Builders, or Hunters, identifiable by the number of scars they bear on their arms. Deuce has wanted to be a Huntress for as long as she can remember.

As a Huntress, her purpose is clear—to brave the dangerous tunnels outside the enclave and bring back meat to feed the group while evading ferocious monsters known as Freaks. She’s worked toward this goal her whole life, and nothing’s going to stop her, not even a beautiful, brooding Hunter named Fade. When the mysterious boy becomes her partner, Deuce’s troubles are just beginning.

Down below, deviation from the rules is punished swiftly and harshly, and Fade doesn’t like following orders. At first she thinks he’s crazy, but as death stalks their sanctuary, and it becomes clear the elders don’t always know best, Deuce wonders if Fade might be telling the truth. Her partner confuses her; she’s never known a boy like him before, as prone to touching her gently as using his knives with feral grace.

As Deuce’s perception shifts, so does the balance in the constant battle for survival. The mindless Freaks, once considered a threat only due to their sheer numbers, show signs of cunning and strategy… but the elders refuse to heed any warnings. Despite imminent disaster, the enclave puts their faith in strictures and sacrifice instead. No matter how she tries, Deuce cannot stem the dark tide that carries her far from the only world she’s ever known.

So, The Hunger Games had a baby with Fallout. Then, they broke up and The Walking Dead became the new step-parent. Giving rise to the strange child we call Enclave. Isn't she a cwute wittle one?

I had this big stupid flow chart all planned out for this review, but it seems there are like a hundred reasons why it won't work. Well, more like two. Images aren't working correctly on Goodreads at the moment AND I can't find a free site to host such a large image on AND it looks like crap small. Damn. That's four reasons. I so can't count tonight.

Girl15 lives underground in the Enclave after an as-of-yet-unknown apocalypse of some sort. Having just finished training to become a Huntress, she is given a name, Deuce (don't even start), and a parnter, so she can begin exploring the underground. Also falling to her are the jobs of hunting and trapping food and fighting off "Freaks", creatures who were formerly regular people now equipped with claws, razor sharp teeth, and cannibalistic tendencies.

Deuce has the strength of Katniss, the intuition of Buffy, AND she eats zombies for dinner. Well, not really. But wouldn't that be an intriguing twist?

I have very high requirements for kick-ass female characters. When you grow up with characters like Buffy and Princess Leia, it can set the bar pretty high to begin with and can result in a difficulty being satisfied with Bella-ish whiny girls. Then when more awesome iconic characters like River Tam and Katniss Everdeen come along, that raises the bar even higher.

Now Duece is a pretty freaking badass character on her own. The problem is that Ann Aguirre set the bar just out of reach with her first kickass chick, Sirantha Jax of Grimspace, and Duece just isn't quite tall enough to walk in her predecessor's tiny flats and still measure up. She would need 6 inch platforms to reach the level set by Jax.

Well, she got the shoes. You know what kind they are? Zombie killing shoes. I guess, technically "Freak" killing shoes, but they help her measure up to Jax. With them, she kicks a hella ton of ass.

She sure reminds me of Katniss a lot. She is dry and detached, but she is a MACHINE. Killing machine, that is. I would have liked to see a bit of the spunk and snark that Jax is so blessed with, but they are two very different young women.

The society in the Enclave was infinitely interesting, and I would have enjoyed spending more time there and learning more about it. I have sooooo damn many unanswered questions. For example: They aren't supposed to have sex unless they are "Breeders". Does that mean an underpants pillowfight is out of the question? Come on, we need to know important stuff like this.

I would have liked more inner enclave espionage. Maybe to see Deuce and her partner, Fade, sneaking around a bit, being tensiony and sexual-ish and inciting rebellion. Then concentrate more on Topside in the sequel. This book is called Enclave after all.

And yes, Deuce is a strange name for a girl, or for any person for that matter, especially since I have the tact and giggle reflex of a nine year old boy. However, the name is only giggleworthy for the first few pages and a good unique name is a necessity. My dog still hasn't forgiven me for naming her after a science fiction technological masterpiece. Which one? I'll never tell. They are all good names, anyway. ;-) The Death Star... Flux Capacitor... Number Six.

Overall, I loved this! The last half is slow and arguably not as good as the first, but regardless, I'm still excited for the sequel!! 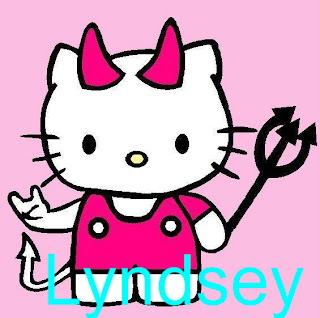