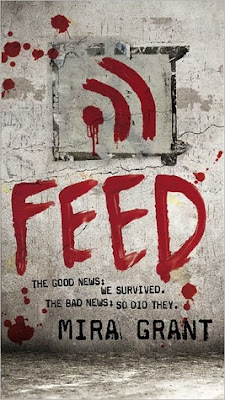 In 2014, two experimental viruses—a genetically engineered flu strain designed by Dr. Alexander Kellis, intended to act as a cure for the common cold, and a cancer-killing strain of Marburg, known as "Marburg Amberlee"—escaped the lab and combined to form a single airborne pathogen that swept around the world in a matter of days. It cured cancer. It stopped a thousand cold and flu viruses in their tracks.

It raised the dead.

Millions died in the chaos that followed. The summer of 2014 was dubbed "The Rising," and only the lessons learned from a thousand zombie movies allowed mankind to survive. Even then, the world was changed forever. The mainstream media fell, Internet news acquired an undeniable new legitimacy, and the CDC rose to a new level of power.

Set twenty years after the Rising, the Newsflesh trilogy follows a team of bloggers, led by Georgia and Shaun Mason, as they search for the brutal truths behind the infection. Danger, deceit, and betrayal lurk around every corner, as does the hardest question of them all:

When will you rise?

This book broke my heart. Twice. Today I have a headache and puffy bags under my eyes. But it was worth it.

Kellis-Amberlee is a fact of existence. You live, you die, and then you come back to life, get up, and shamble around trying to eat your former friends and loved ones. That's the way it is for everyone.

Two of my favorite books this year both have zombies in them. One is The Reapers Are the Angels. The other is Feed.But they are really very different books, because The Reapers Are the Angels is completely character based. Temple is the only constant – you live and you die with her. Reading the first half of Feed felt very much like watching a documentary. This is a book about politics, about the clash of generations, about a world that is terrified. It’s about standing up for your beliefs, choosing your priorities and knowing who to trust. It’s about friendship, convictions and brotherly love.

It is the year 2039. and the world after the Rising is a very different place. Siblings Georgia and Shaun Mason and their friend Georgette "Buffy" Meissonier are journalists. The three of them run their own news blog. They are the first bloggers ever to be allowed full access to a presidential candidate and they intend to make the most of it. They have George to lead and be as objective as possible, they have Shaun using his people skills to open the doors for them, and, thanks to Buffy and her technology, they have eyes and ears everywhere – which can be both good and very dangerous. Their ratings are suddenly going up and their credibility is as strong as ever (which is all George really cares about). But politics is a dirty business and before they know it, they find themselves in a world of trouble.
If I would have to choose a single word to describe each of them, Georgia would be truth, Shaun would be adventure, and Buffy would be emotion. All three of them are weird in their own way, but they are also amazing persons.

It is with great joy that I report that the youth of America aren’t actually riddled with ennui and apathy; that the truth hasn’t been fully forsaken for the merely entertaining; that there’s a place in this world for reporting the facts as accurately and concisely as possible and allowing people to draw their own conclusions. I’ve never been more proud of finding a place where I can belong.

There is no romance in Feed. Georgia and Shaun don’t date. In fact, George doesn’t even touch people other than her brother. But there’s heart in every sentence and there are emotions too big for words. Seanan McGuire did extensive research for this book - it involved doctors, epidemiologists, technicians and people who were willing to try some of the stunts she described. That’s just one of the things that make this book amazing.

Feed has been nominated for the Hugo Award, and it's definitely a well deserved nomination. I'll keep my fingers crossed.
Apparently, it already won the Goodreads Choice Award for Science Fiction in 2010. That too was well deserved. 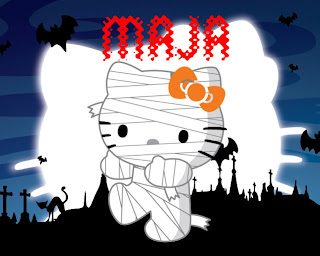