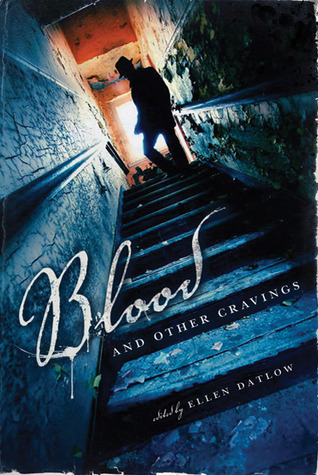 Blood & Other Cravings
By Ellen Datlow
Published Sept 13th, 2011 by TOR
Pick up your copy at Amazon, B&N, or your local indie today!

When we think of vampires, instantly the image arises: fangs sunk deep into the throat of the victim. But bloodsucking is merely one form of vampirism. For this brilliantly original anthology, Ellen Datlow has commissioned stories from many of the most powerfully dark voices in contemporary horror, who conjure tales of vampirism that will chill readers to the marrow.

In addition to the traditional fanged vampires, Datlow presents stories about the leeching of emotion, the draining of the soul, and other dark deeds of predation and exploitation, infestation, and evisceration…tales of life essence, literal or metaphorical, stolen.

Seventeen stories, by such award-winning authors as Elizabeth Bear, Richard Bowes, Kathe Koja, Margo Lanagan, Carol Emshwiller, and Lisa Tuttle will petrify readers. With dark tales by Laird Barron, Barry Malzberg and Bill Pronzini, Kaaron Warren, and other powerful voices, this anthology will redefine the terror of vampires and vampirism.


Darkfallen's thoughts:
Blood & Other Cravings is book of short stories that are sure to induce spine tingling chills...and quite possible a nightmare are two. *winks* With many many great stories about all different takes on vampirism, and I have to say that I found some of them extremely fascinating!

For instance in Needles, by Elizabeth Bear, there are two different types of vampires that work together. However the female? Yes I want to read more about her! Rather than drinking the blood of humans she somehow sucks the life out of breastfeeding infants by nursing them. This story had my attention, no matter how morbid it was. This is a story that I would like to see at novella, or even novel length.

A few of my other favorites were All You Can Do Is Breathe by Kaaron Warren (which takes creepy to a whole new level), Blood Yesterday, Blood Tomorrow by Richard Bowes, & Miri by Steve Rasnic Tem. But my up most favorite is...

Sweet Sorrow by Barbara Roden. Not only is this story chilling, the writing, lyrical at times, gives life to the story. I devoured every word and was beyond sad when after just 21 short pages it was over. I wanted more...I NEED more!

So overall while this was a book filled with great stories I think I have learned that anthologies just aren't for me. I am mean talk about fueling your ADD with all the subject changes! Which left me feeling distracted. But for those of you that LOVE anthologies Yes I know you're out there... I say this book will not disappoint! Ellen Datlow did an excellent job putting this together.