Looting Isn't the Most Fun You can Have During a Zombie Apocalypse: A Zombie Short Story by 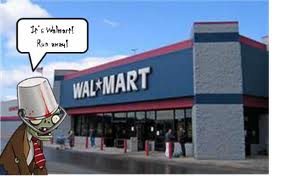 ~~End~~
Wasn't that AWESOME?!?! And that is just a taste of what is to come in her new trilogy.
Taking on the Dead
Synopsis:
Kansas has been hiding out for four years in solitude. It's the only way to
survive. The only way not to draw the living dead. She encounters a small
group of people who sanctions her for help. She soon learns the new world
might not be what she thinks. Venturing out of her refuge and comfort zone
she realizes that the world has moved on without her. Only it's not what she
expects. Her knowledge of the living dead grows and only makes her more
curious as humanity continues to hang on by a thread. While on her search
for answers she finds comfort in new friendships and love, all the while her
past continues to haunt her. New life wouldn't be so bad if the zombies
were the only foes.
In a trilogy plot thick with twists and turns, it is emotional as much as it is
horrifyingly gripping.
To learn more about what makes Annie tick, and more about her new series you can catch her on her blog here!
Posted by Darkfallen at 10:27 PM