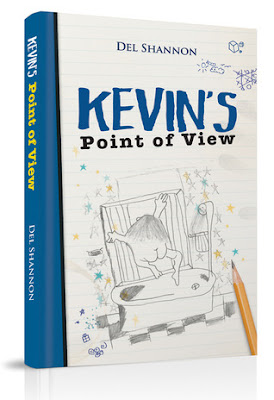 Kevin Tobin is a relatively ordinary 12-year-old dealing with the aftermath of his father's death in a mountain biking accident near their home in Boulder, Colorado. To escape from his emotional turmoil, Kevin has developed his imagination into a dangerous foil and a powerful ally. While he antagonizes his sister through his superhero antics on an average Wednesday morning, his ability to escape inside a character's head become critical to his survival after his life is once-again turned upside down a year after his father's death. A mysterious package arrives in the mail, Kevin and his best friend are hunted down by a ruthless villain set upon world domination, and after enlisting Kevin's teenage sister and her pizza-delivery boyfriend in a battle for control over time itself, the secret of Kevin's whole existence is revealed to him by a source we never expected. Del Shannon's imaginative story, appreciation for the powers of family and the desire of young boys to both escape reality and prove themselves within it, and fast-paced, adventure-filled storytelling style make this a book with wide appeal for readers of all ages.

*this book was read and reviewed by Greta’s son, Mickey


The Plot
In the book, Kevin’s Point of View, Kevin is being chased around Colorado and through time itself by a man named Devin. It began when Kevin got a package and inside was the device called the influxitron that allows people to go through time. Kevin doesn’t know how to work the influxitron so Kevin can’t make his own mission any easier to get away from Devin. Devin’s mission is to kill Kevin and anything that stands in his way to get the influxitron back. Kevin and his best friend, Tony, have to find their way back to their home town of Boulder, Colorado and get to the police but before they reach Boulder Kevin is sent back in time and has a new mission. Kevin is sent back in time to the day of his own father’s death. Once Kevin finishes his mission he is sent forward in time to the day he is sent back to present day and figures out something about his past that he never knew about.


Q and A with Greta and Mickey

Did you enjoy this book?
The first chapter was slow but I did enjoy the rest of the book.

Would you recommend this book to any of your friends?
No, because I don’t think they would like it.

Why is that?
My friends wouldn’t like to read a book about a 12 year old kid.

How old do you think a kid would have to be to enjoy this book?
It depends, is someone reading it to them?

Sure.
Ummm… I would say about 8 years old.

And what about reading it on their own? How old do you think they should be?
About 10 or 11 years old.

Were there any funny parts in this book?
No

Why not?
It’s too serious.

As a 14 year old boy, could you relate to any of the characters?
No.

What did they act like?
They acted like 7 year olds. 12 year olds don’t use their imagination that much.

What do they do?
Sports or Band

Ok… I was wondering because that’s what you did when you were 12. What is this thing called band you speak of?

Do you think a girl would enjoy this book more?
No

Why?
Too many boys.

Apparently blogs bore him, too because Mickey has left the Wastelands.

I'd also like to thank Del Shannon for giving us a copy to review. I hope Mickey's review doesn't discourage you lolz. He can be a hard customer, sometimes. I haven't a clue where he got his pickiness from ;) 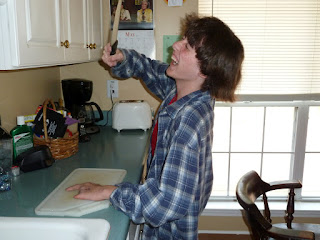