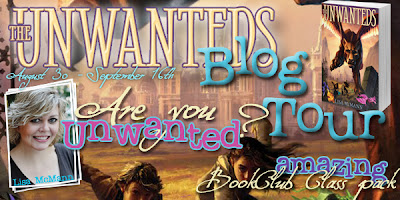 YAY!
The time has come for author of the best-selling Fade series, Lisa McMann, to unleash her new book!

We here at Paranormal Wastelands couldn't be more excited about it:))
So we jumped on the bandwagon, drank the kool-aide, and hitched a ride on the tour bus with Kismet Book Tours to help spread the word!!
On this tour there will be a super awesome grand prize....
*pauses for effect*
But we will talk about that later...hehe
Now back to this fantastic new booky wook! For those of you that don't know what the book is about check it out.

There will be a quiz on this later, so pay attention....lol 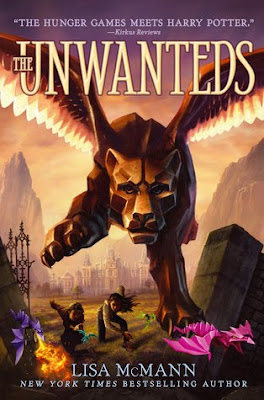 The Unwanteds
By Lisa McMann
Published August 30th 2011 by Aladdin
Pick up your copy today at Amazon, B&N, Indiebound, B.A.M, Powell's, or your local indie!
Synopsis borrowed from Goodreads:

Now come find out if Darkfallen & Greta are...
Wanted?
Unwanted?
Then stick around for a chance to win an AWESOME prize pack!!
*lets get ready to ruuummmmbbbllllle*
Ding ding!!

Announcer: In this corner weighing in at NONE OF YOUR BUSINESS is Darkfallen - the crafty Unwanted Girl.

And in this corner weighing in at More than her Cat and Less than the couch is Greta - the uber smart as a whip, oh yes she can we believe in her, WANTED GIRL!!

And yes...that is the sound of her fourteen year old son giggling! lolz 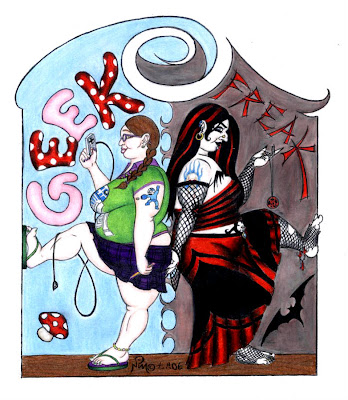 Greta: What do you mean what?

Darkfallen: It sounds like the announcer likes you more

Greta: Well, he should... I'm totally better than you cuz you know... I'm uber fabulous with my brainz

Darkfallen: What makes you better than me?

Darkfallen: You can't even spell!
Greta: That makes me fabulous.... you wouldn't understand painter girl!! I rock!

Greta: NO! No BUTS about it.... Plus, that's an improper sentence.

Darkfallen: You wouldn't know an improper sentence if it bit you on the kneecap

Greta: HAH! Shows what you know! I have been bitten on the kneecap before and I totally noticed because I'm quite intelligent and uber smart and realized there was something quite askew with the whole ordeal.

Announcer: Ladies... to your corners

Greta: I'm already in my corner. I knew I should be here because my mighty brain told me so.

Darkfallen: That doesn't even make sense

Darkfallen: Martha what? Oh it is on!!

Referee: Now, I want a clean fight. No hitting below the cerebrum cortex and no punching above the easel. Do I make myself clear?

Greta: Crystal... as in I totally know what crystal is made from but don't want to explain it because Andy Warhol over there probably wouldn't understand

Greta: Dude! You're turning red. Am I embarrassing you with my witty satire? I know... I'm awesome. This fight is just going to prove it ;) Hahahahas! 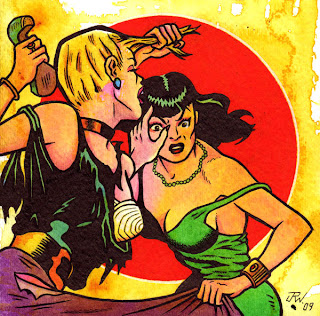 Announcer: Well, that was pretty ugly!! But the winner of the Paranormal Wastelands Wanted vs Unwanted Smack Down is ----


Congratulations Darkfallen!! You just proved that nerds are all talk and no brawn. We salute you artists of the world!! We salute you! 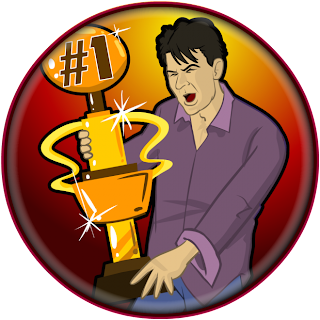 Darkfallen: Greta, what does Charlie Sheen have to do with this post?

Greta: Duhs.... WINNING! Don't you know your own people? He's an artist, man

Darkfallen: Are you ready for me to kick your butt again?

And now, before another fight breaks out, we have author Lisa McMann here to answer a question about the book!﻿

Contest Info: Are you Unwanted? Gather entries to be entered to win the grand prize book club class pack (up to 20 books!) by explaining which camp you’d be in:
Wanted or Unwanted?

Link can be provided in the comments of this post, on the Kismet Book Touring Facebook page or on Lisa's Facebook page. Open US/Canada. Contestants under 18 years of age must have parental consent to enter.
Check out the rest of the tour stops, and see what other bloggers had to say! 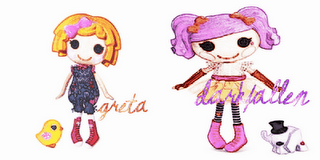 While your here check out our upcoming Halloween event & Blog Hop, Zompacolypse 2011, and join in on the fun!
Posted by Greta is Erikasbuddy at 12:00 AM