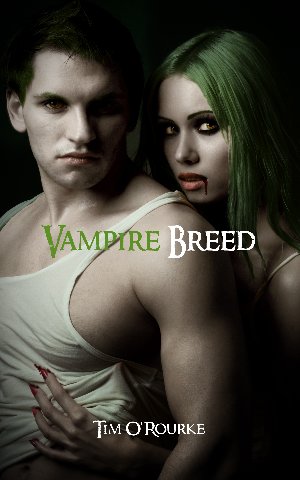 Kiera Hudson wakes to find herself imprisoned. Experiencing nightmares and visions, she slowly realises that she has been subjected to a series of sinister tests and operations. Addicted to blood and in pain, Kiera knows that if she is to survive she will need to escape from her cage. But who is the werewolf that secretly visits her during the night and can Kiera trust him? Where are her friends and why hasn’t Potter come to rescue her as he promised? With no word or message from Luke and Potter, she fears that they might be dead.

But with only a chair and a book for comfort in her cage, can Kiera escape? And even if she does, what will she find on the other side of her cell walls?


Darkfallen's thoughts:
What can I say? This is a series that I can never get enough of!

Seriously why hasn't a publishing company scooped this up yet? It just doesn't make sense to me! But enough of my little fit throwing, lets get on with the review shall we?

Kiera Hudson is by far the worlds UNLUCKIEST twenty year old ever...and it just gets worse, and then worse.

Waking up in a zoo turned prison, where the animals are the ones that run free and the humans live in cages, things can't get much worse. She's filthy and worst of all...hungry. But it's what she hungers for that makes this prison cell only half the problem. While Kiera tries to fight the craving for flesh and blood she has to find a way out of her cell, because not only does her life depend on it, the entire human race is counting on her. Every minute she's here is another city wiped from the map as vampyrus, vampires, and werewolves take over. With blinding pain due to a werewolf bite, cravings for blood, and no tools to aid her she just might be in over her head this time.

Will Kiera be able to see her way out of this? Or is this the end of her humanity forever?

This series has been jam packed full of action, suspense, and the right amount romance, and this installment is no different. Can I just say Potter...swoon...sighs.? OMG I love this man! I can't get enough of him. I need more Kiera & Potter! LOL

No seriously I could go on and on and on about this book, but I don't want to give anything away. So I'll leave you with this...

You ever have one of those books that you pick up on a whim, not really expected much, and then it turns out to be one of the best books you've read? Well this entire series has been that way. And that is hard to do considering that I've read over 100 books this year alone. Since book one I have been hooked. After each book I think there is no way for the next book to be better but it always is! If you haven't picked this up by now do yourself a favor, you have no idea what your missing!