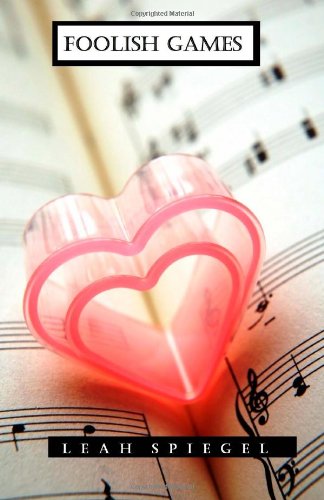 Falling in love was the last thing Joie had on her mind when she was thrown into the marketing scandal intended to boost the Grimm Brothers Band's declining sales. Joie thought she knew the players of the game; she was the writer, J.T. Hawkins was the famous rock star, and Lizzie was her beautiful cover to the world.

That was until a psychopathic stalker, who seemed to be three steps ahead of everyone else and calling all the shots, upped the stakes. In a situation where many different kinds of games were being played, Joie had to figure out if or who was bluffing because her life. . . and her heart, might very well depend on it.


Darkfallen's thoughts:
When I first read the synopsis for this book I thought it was going to be a romance/erotica to rival Olivia Cunnings Backstage Pass, and I couldn't have been more excited about that...BUT I was so wrong.

While I kind of feel that the synopsis for this book is a little misleading I couldn't be happier about being misled. This book was a refreshing surprise, and I couldn't put it down!

To set the record straight this is NOT an erotic read. It is however, a gripping suspense/romance so sweet that you won't be able to look away. Joie is a snarky/witty 18 yr old that after road tripping from concert to concert, her mouth ends up getting her on the lead singers of J.T. Hawkins radar. It all started with him making a comment about preferring blonds over brunettes while riding in an elevator with a very brunette Joie. Later the next day when her friend Riley draws a blank on writing his review of the bands performance for their website Joie helps him out...while taking a few jabs at Hawkins to get back for the "brunette" comment. Little does she know that he will actually read it, and even twitter about it later.

Hawkins makes it clear that he doesn't want anything to do with Joie, and she does the same, but it doesn't take long for them both to realize that they are lying to themselves. But it's not a good time to get close to the Grimm Brothers Band. With a stalker on the rise, and the threats getting worse, can Joie escape unscathed? Or will falling in love with a rock star be the death of her?

The tension and the snark between these two is great. It sucks you in until you can't put the book down. I will say that the beginning of the book may seem a little slow at first. There's not a whole lot going on there, but trust me it picks up before you know it. In the end the love will make you swoon, and a little jealous. And the suspense will keep you on the edge of your seat!

I say this is a book for anyone who loves rock stars, snarky girls, and suspense. And AGAIN this is NOT erotic...in fact the physical stuff is very YA approved!