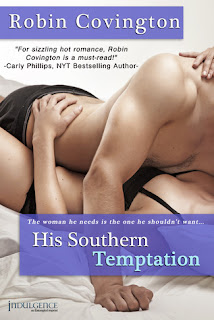 Some women are bad. Some women are a bad idea. The best ones are both... A former Black Ops assassin, “Lucky” Landon has had more near-misses than a man should ever have. Now he’s out of that business and settling into the simple life in his small hometown. So the last thing he ever expected was to end up at gunpoint. Or that the woman holding the gun would be his best friend’s little sister and Lucky’s on-again/off-again lover. Taylor Elliott is Trouble, and she likes it that way. And seeing Lucky again? Well, he’s been her dirty little secret for the past few years and everyone knows that secrets in a small town are almost impossible to keep. But Taylor has bigger problems on her plate. Like the local mob boss who wants her dead. And right now the only thing standing between Trouble and disaster is a hottie named Lucky...


Darkfallen's thoughts:
This is one of those reads that just flies by!

Taylor and Lucky have been going in different directions practically their whole life. However every time they landed in the same place at the same time things always got very hot! So when they both ended up in their home town at the same time it didn't take long for that old spark to blaze again. Only problem is that Lucky is all in but Taylor has no intention on staying in the small town. She has plans in Hawaii. Can Lucky convince her that they are meant to be? Or will she leave like she always does?

His Southern Temptation Was a great read. It it's the ground running from the first page and doesn't stop until the end. Full of passion, drama, and suspense you'll not want to put this book down. I loved Lucky and how he can be so jaded and hard on the outside but how soft he is when it came to Taylor. He just melted for her and at times made me want to protect him from her. Taylor had me wanting to smack some sense into her. Don't get me wrong I loved her but the way she keeps Lucky hanging on at times got to me.

Overall this was a sweet, romantic read with a really HOT guy! lol 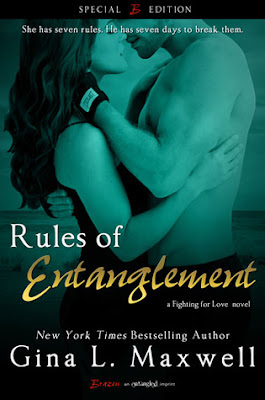 District Attorney Vanessa McGregor firmly believes that structure and order are the stuff that dreams are made of. Happiness can be planned - and it starts with seven rules she's laid out for her future. But as she's organizing her best friend's wedding in Hawaii, all of Vanessa's best-laid plans are about to meet their match in a wickedly hot MMA fighter... Jackson "Jax" Maris is focused on surfing, training and fighting. That is, until he opens up his big mouth, and finds himself having to pretend he's engaged to his little sister's best friend, Vanessa. When they're force to share a romantic bungalow, however, their little charade suddenly takes a turn for the seriously sexy. And while Jax is definitely not part of Vanessa's long-term plan, he has seven days - and seven naughty nights - to turn her seven-rule plan upside down.

Darkfallen's thoughts:
Vanessa has kept herself safe with a set of rules to live by her whole life. Rules that insure no one ever gets close enough to hurt her. Unfortunately that means no one can get close enough to love her either. That is, until she meets Jax. Jax turns Nessa's world upside down while they both help out for his sisters wedding. Never did Jax think that his kid sisters best friend would the one to break down his defenses, but she is. Just like Jax is breaking every one of Nessie's rules.

This is one of those books that once you start you just can't put down. You fly through the pages and when you reach the end you find yourself begging for more. I loved Jax. OMG! Could this guy get any hotter?! I think not! With his tattoos, surf board, and MMA fighter skills you can't help but swoon at him!

Not to mention his hotness coupled with Nessie's snarky side. The chemistry between these two is explosive at times.

Overall this was a great romance to get lost in and I recommend you give it a go!

And thanks to Entangled Publishing one lucky winner will get a Kinlde Fire HD or a $200 Amazon Gift Card!!! All you have to do is fill out the Rafflecopter form below to enter.
a Rafflecopter giveaway 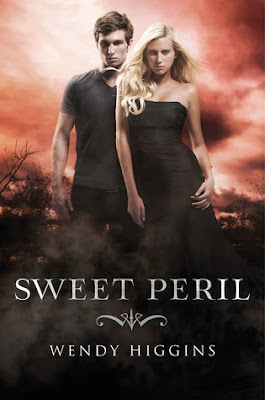 Haunted by demon whisperers, Anna does whatever she can to survive, even if it means embracing her dark side and earning an unwanted reputation as her school’s party girl. Her life has never looked more bleak. And all the while there’s Kaidan Rowe, son of the Duke of Lust, plaguing her heart and mind.

When an unexpected lost message from the angels surfaces, Anna finds herself traveling the globe with Kopano, son of Wrath, in an attempt to gain support of fellow Nephilim and give them hope for the first time. It soon becomes clear that whatever freedoms Anna and the rest of the Neph are hoping to win will not be gained without a fight. Until then, Anna and Kaidan must put aside the issues between them, overcome the steamiest of temptations yet, and face the ultimate question: is loving someone worth risking their life?

Anna and Kaiden can't be together. Luckily Anna is spending most of her time trying to gather allies to fulfill the prophecy she was born to do. But taking down evil isn't easy. Especially when your a Neph daughter. So she plays the party girl and pretends to "work" when she has to. But she can only stay away for Kai for so long before they just can't stay away anymore.

I LOVED this book!!! With Anna traveling the world to recruit new Nephs there isn't a shortage on action and drama. But most of all I just loved all the stolen moments between Anna and Kai. Anna is so sweet to his brash, but you can tell that he's doing it just to keep her away. My heart broke for them both. I wish so bad that they were allowed to be together. It's just not FAIR!! *stomps foot like a two year old*

And then you have all the supporting characters playing a bigger roll in book two. I loved Blake and his funny ways. He had me cracking up more than once. And Kope...poor, poor Kope. My heart broke for him to. But I'm sensing there is hope for him around the corner! Oh please let there be hope...

So let me say that I was afraid to start this series. Ever since the Fallen series by Lauren Kate stole my heart than let me down I thought for sure that I was done with angels all together...until now! I can't tell you enough how much I love the first two books in this series and I can't wait for book three!

If you haven't picked up this series yet please PLEASE do! You'll thank me later *winks*